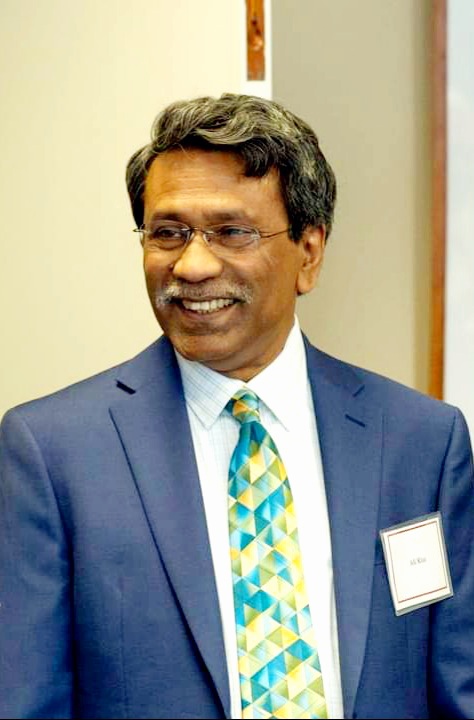 Ali Riaz is a Distinguished Professor at the Department of Politics and Government at Illinois State University, USA. He is also a nonresident senior fellow of the Atlantic Council. He is the President of the American Institute of Bangladesh Studies.

He held the inaugural Thomas E Eimermann Professorship​ (2018-2020), was an “University Professor” at Illinois State University between 2012 and 2018. Dr. Riaz was the Department Chair between August 2007 and June 2017. In 2013 he served as a Public Policy Scholar at the Woodrow Wilson International Center for Scholars at Washington, D.C.

Dr. Riaz has an extensive experience in journalism. He has worked for the British Broadcasting Corporation (BBC) World Service for five years, as a Broadcast Journalist at London.

His research interests include Democratization, Violent Extremism, Political Islam, South Asian politics, and Bangladeshi politics. His has published on state-society relationship and political economy of media.

He testified at the US Congress on Bangladesh in 2013 and in 2015, and at the US Commission on International Religious Freedom in 2008.

Among his Bengali publications Bhoyer Sangskriti (The Culture of Fear, 2014, revised edition 2021) has drawn significant attention. He has three Bengali poetry books to his credit.

Dr. Riaz earned the College of Arts and Sciences first Dean’s Award for Outstanding Scholarly Achievement 2004 and Outstanding College Researcher Award 2005. He received Pi Sigma Alpha Excellence in Teaching Award in 2006, and the Impact Award in 2020. Riaz regularly contributes to Bangladeshi and international media on South Asian politics. He appeared on CNN, BBC, Al-Jazeera English, Canadian TV​, CCTV America​, LinkTV among other media. Besides, he is frequently interviewed by the BBC Bengali service and the VOA Bengali service.

Professor Riaz served as consultant to various international agencies including the UNDP. He was the editor of the bi-annual journal, Studies on Asia, between 2010 and 2015. He is currently a member of editorial board of Populism, and the Journal of Governance, Security and Development.